Daniella Wesseling, born in 1978, is of Dutch and Portuguese descent.

She makes her work in a visible reality in which opposites are brought together. She is looking for the next dimension. In her work she wants to make visible something that is tangible but seems to be elusive. Starting from a fascination with mental processes as well as discovering and dissecting hidden links.

Through the use of multiple transparent layers, a picture emerges in which several opposing elements are integrated. Elements such as control and surrender, order and chaos. Connection in a broad sense is the central theme. For example the connection between the past and the present. That is also reflected by the use of patterns found in tribal art.

She is looking for the big stories in the outdated, ‘flat’ images that surround us. In the clichés of the depicted models and political leaders a desire for inspiration is hiding. The transparent layers in which she paints show fragility. The empty space in the canvas participates in the paintings. The viewer himself fills that emptiness naturally. This creates a shared – invisible – reality.

After studying ‘autonomic fine arts’ at the Academy of Fine Arts St. Joost in Breda, she developed multiple interactive performances.

At the Alchemistic Exchanging Lab – which could be seen during the Motel Mozaïque Festival in Rotterdam in April 2010 – the fears of visitors were recycled into stories. Also in the installation ‘Superman’s Locker-room’ (The Nine Streets Red, Amsterdam) showing the invisible was in the centre. In a phone booth in the centre of Amsterdam people could listen to the thoughts of others and write down their own thoughts. Those were shown on an LED screen in the street. She still works as a performer focused on the power of communication and improvisation.

Her most recent work consists of series of paintings on transparent textile. It looks as if the images are floating and they move with the movements of the viewer. This creates a quiet spaciousness that invites contemplation or a playful alienation. 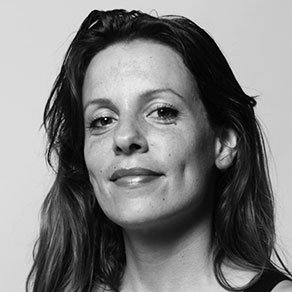 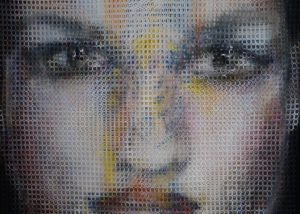 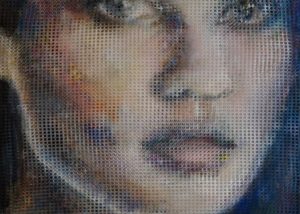 The Space between Thoughs 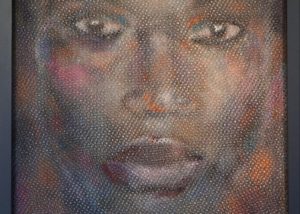 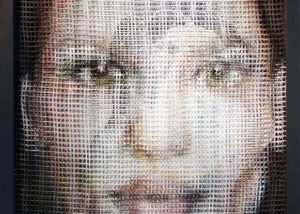 In to the Void